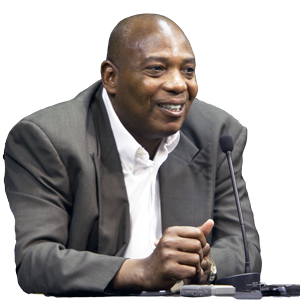 OZZIE NEWSOME’s legacy is unlike any the game of football has produced. As the legendary GM of the Baltimore Ravens, “The Wizard,” is one of the greatest all-time talent evaluators while building teams that helped the Ravens win two Super Bowls. He is also a former tight end with the Cleveland Browns and is one of only five players in Browns history to play in parts of three decades and knows how to create winning teams.

“If Ozzie wasn’t already in the Hall of Fame as a tight end, they would be putting him in as a general manager,” 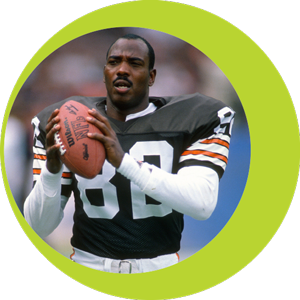 Flourishing at every point of his football career, Newsome has not just followed a successful path, he has blazed the trail. Known throughout all of sports as a premier leader, Newsome is a Hall of Fame player, the architect of Baltimore’s Super Bowl XXXV and Super Bowl XLVII championship teams and an elite personnel evaluator who became the NFL’s first African American general manager in 2002.

(In 2019, Newsome’s longtime top lieutenant, Eric DeCosta, took over as the Ravens’ EVP & GM. However, Newsome maintains a significant role within the organization as its executive vice president.)

“If Ozzie wasn’t already in the Hall of Fame as a tight end, they would be putting him in as a general manager,” Hall of Fame GM Bill Polian stated.

“Ozzie is special as a person,” head coach John Harbaugh states. “Obviously, he’s great at what he does – that’s proven. He’s been great at everything that he’s done. If you look at his history, he’s a Hall of Famer; he’s in every Hall of Fame there is, and still counting. For me, it goes beyond that; it goes to who he is as a person – the type of husband he is, the type of father he is, the type of friend he is, confidant, advisor, just all-around good person with a great heart and a strong faith.”

Newsome’s remarkable football journey began in Leighton, AL, where he first stepped onto the gridiron with the hope of playing college football. That dream turned into a reality when he became a standout at Alabama under Bear Bryant from 1974-77. “Coach Bryant helped me grow up,” states Newsome, who has a sideline portrait of the legendary coach and mentor on his office wall. “He pushed me further than I thought I could go, both on and off the field.”

In 1978, Cleveland selected Newsome in the first round (23rd overall) of the NFL Draft. Playing 13 years for the Browns, he authored the most productive career for a tight end in the game’s history. A three-time Pro Bowler, his 662 receptions for 7,980 yards and 47 TDs stood as NFL records by a TE until Hall of Famer Shannon Sharpe surpassed those marks in 2001 (HOFer Tony Gonzalez now owns the catches and receiving yards marks, while Antonio Gates holds the TDs record).

Following his storied playing days, Ozzie joined Cleveland’s front office. His initial non-player position came as an assignment scout in 1991. Two years later, he was promoted to a comprehensive role – assistant to the head coach/ offense/pro personnel. “I had to find out which direction my career would go,” Newsome explains. “Art [Modell] gave me the opportunity to work with the coaches, and I enjoyed that. At the same time, I increased my experience with the personnel department and decided that’s where I wanted my career to head.” 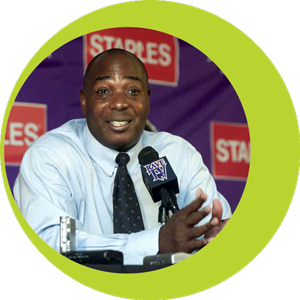 In 1994, Newsome was named the Browns’ director of pro personnel. Although he continued to help on the field, Ozzie provided detailed studies on other NFL players and recommended which players the Browns should try to acquire. When the franchise moved to Baltimore in 1996, Mr. Modell invited Newsome and promoted him to vice president of player personnel. From that point, Ozzie’s reputation as a supreme talent assessor grew quickly.

In the Ravens’ first-ever draft, Newsome tabbed T Jonathan Ogden and LB Ray Lewis (fourth and 26th selections, respectively). Combining to produce an amazing 24 Pro Bowl honors, Ogden became the first Ravens’ draft choice elected into the Pro Football Hall of Fame (2013), while Lewis was enshrined in 2018. Fittingly, the duo joined Newsome, who was inducted into the Hall as a Brown in 1999.

Another top Newsome draft pick, S Ed Reed (2002), received a gold jacket in 2019, giving the Ravens three first-ballot Hall of Famers – all selected by “The Wizard.”